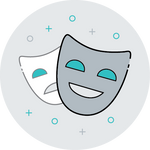 View all badges
My activity feed
Latest Contributions by We_Got_Tickets

Yea, I'll try again after the season. I didn't list through the team account manager, I don't like to predeliver barcodes on StubHub, because there are too many barcode integration issues with StubHub, and their customer service is near non-existent right now to risk running into those issues, among other reasons. ... View more

Thanks, but in that situation I figured there would be no instant downloads on the listing? I can create new highly priced dummy listings with the same barcodes and SH will accept the barcodes auto-fill the section, row, and seats, and display my listings as instant download, but they don't work to fulfill the orders for some reason. ... View more

Sold two pairs of Astros ALDS tickets, when I enter the barcode to fulfill the sales, the check marks are green, but I get a message that says: "There was a problem, please try again in a few minutes." I briefly created dummy listings, with the same barcodes, and it auto-recognized the sections, seats, and were showing as instant download listings (I quickly deleted the dummy listings), so I'm not sure what the problem is. ... View more

No email sent, no notice given, hypothetically based on the standard and precedence that they've set; you can have tickets that are listed with a 15% sell fee right now, and you can wake up tomorrow morning to see that they've sold overnight with a 90% sell fee, happy StubHubbin! ... View more

I have similar issue. I have an NFL barcode locked as listed for sale and I can't get it to release back to me, I'd like it releases back as there are too many issues with NFL barcode integration right now! I have another instance where I sold a ticket to one game from a season ticket and you guys removed the wrong game from my season ticket account. Come to find out the entire season has the same barcode! Been waiting for a call back for at least a week now and didn't have an opportunity to sell or even use the ticket you guys removed from my account in error because the game has already passed! Every time I call I'm told it was escalated as urgent and I'll hear back in 24hrs and I never hear back, been trying to resolve before the game, and it's already passed now! NFL barcode integration is a huge mess and headache! ... View more

For example; you price your tickets at $150, but when you go to the listing you'll see that your tickets actually show up to buyers for $145. People that aren't aware of this recent change and price match get in prices, will set their price at $145 vs the actual $150 price, their $145 listing also gets manipulated by StubHub and now, instead of that person holding the line on the get in price it gets lowered to $140, next person comes along and unknowingly makes the same mistake, and the next, etc. tanking markets. StubHub still pays you out according to the price you set not the price they show, I'm sure they make it up in higher buyer fees in cases where they show lower pricing, if you're familiar with VividSeats they do the same thing except they actually do a good job at communicating this up front to the seller's so they don't misprice. If you have alot of listings I'm sure if you go through and compare your price to price shown you'll come across some of these... Thankfully they aren't doing it on all listings and crashing everything! but I've come across a number of listings that have it implemented. ... View more

StubHub is artificially lowering prices on certain listings/events or discounting tickets and making up for it on the back end in added buyers fees like other ticket exchanges. I think you guys need to do a much better job at communicating this to sellers or do away with it! It's killing the market because a lot of people aren't aware that you're doing this and it's causing them to lower their prices even lower than what the actual prices are when they are price checking existing listings! And then when people are creating new listings it's also causing them to price their tickets lower than the actual going rate! When people price match the "get in" price, which is artificial and not the actual number to match, the new"get in" price becomes several dollars cheaper since they price matched an artificially lowered number and then on top of that their prices gets artificially lowered dropping prices even lower! Then the next person does it, so on, and so forth... completely ruining markets! ... View more

Hello @timlyden From my personal experience and observation it seems like the alerts don't go off unless multiple listings hit the criteria i.e. if you have a $100 alert set there can be a $100 pair setting out there for hours/days and you won't get the alert until there's like three pairs out there for $100 The alerts come through push notification on the app now which is a little nicer, but still doesn't push until after multiple listings meet your criteria. ... View more

in Buying and Purchased tickets

Hello, As part of the barcode integration deal that you have with the NFL, will NFL teams gain visibility to the actual tickets details on tickets that were listed or resold on StubHub, similar to MLB? I received an email from StubHub stating that I have to update my NFL listings with the actual seat numbers for barcode integration purposes. I understand these types of league deals might be in your best interests, but they aren't necessarily in the best interests of brokers. The Broncos, Patriots, and others already monitor resell activity on NFL Ticket Exchange and cancel season tickets accordingly, likewise in MLB the Cleveland Indians, Houston Astros, and others monitor resell activity on StubHub and cancel season tickets accordingly. I am afraid you guys are going down the same path as your MLB barcode integration deal and we'll be forced to hold back substantial NFL inventory from your market like we've had to do with our MLB tickets. Thought I'd raise the question, so we, as well as others, will have advance warning on any data sharing on this deal so we can make sure that we don't jeopardise our NFL accounts this season. Thanks ... View more

Re: Fake or duplicate printed tickets?

Hello, If they are UPS, chances are they are hard stock tickets, but even if they do end up being printed PDFs, I wouldn't worry about them being invalid. Stubhub holds their sellers to very high standards and charge a 40% penalty or replacement costs to the seller if the tickets are invalid, on top of that you are protected by the StubHub FanProtect Guarantee, ensuring that the tickets will gain you valid entry to the event and seating as advertised! In the rare event that the tickets are invalid you'll receive comparable replacements your money back! ... View more

Turn on suggestions
Auto-suggest helps you quickly narrow down your search results by suggesting possible matches as you type.
Showing results for
Search instead for
Did you mean:
Join the Community / Sign in